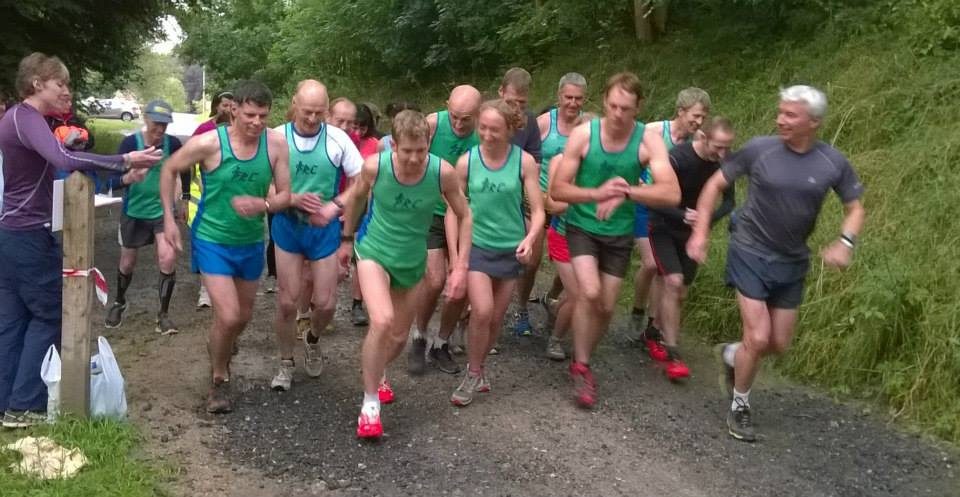 After realising today that I hadn’t written a blog in a while – since last September! – I started wondering when I would next get the chance, for a race one at least. So rather than wander down Self Pity Street, I decided to pen an account of my latest running challenge.

Like many running clubs, Pickering RC have been ‘getting together’ recently in the form of virtual challenges. Our Chairperson, Dean, has given us all some belters so far, all simple but painful. There was a 5k (which I managed to miss); a mile, which was fantastically miserable and the worst/best so far, how far can you get in an hour. On the face of it, this should have been a good one for me, but wow, what a sufferfest!

Thinking I could aim for 8 miles, I plotted my route along a flat, quiet country road loop of around 11 miles from the house. I often use it as a recovery bike ride, and it would include a nice warm up and warm down. It has some exposed sections where the wind can hit you and a couple of indistinct rises. There is also the tractor risk, but it was still a good option. About 8 years ago, there was a 10 mile race called the Ryedale Run that took in most of it and I did that in about 1.15, so I thought it was doable. But, a few days ago, a clubmate, Kelly, posted her run of 8.15 miles. Damn. The heat was on and I wouldn’t be able to aim for my nice round number anymore. Here goes.

Saturday morning came and it was a nice day. Not warm, as the last few days had been, and with a little breeze. Perfect. I set off and did my easy 1.5 mile warm up. Pee stop and off I went.

The first couple of miles were fine. I was working hard, but it felt okay and like something I could sustain. I kept focusing on my arm drive and pushing off through my big toes, along with singing ‘From Now On’ from ‘The Greatest Showman’ in my head. But I couldn’t stop looking at my watch, something I very rarely do. This was going to be a long hour.

7.17 for mile one. Great, I was going well to stay under Kelly’s pace, checking my watch every couple of minutes.

7.16 for mile two. The rumblings of a stitch freaked me out slightly. I breathed into it and it went away. Head up, arms driving, breathe.

7.16 for mile three. This was going well. How consistent were these splits?! But I was still not even half way and time was crawling by ridiculously slowly.

7.13 and 7.19 for the next two miles. I still couldn’t stop glancing at my watch. Maths makes my head hurt and running this hard for this long makes lots of other stuff hurt so I was really getting tucked into the pain cave now. If you look at my Strava stats, this is where my heart rate starts to get to a point I hardly ever go to for any period of time. Damn you Kelly, damn your fast running!

Mile 6 and I was on an exposed road, then next to some big hedges. The head wind had appeared too and I was taken back to 2014 in the Mourne Mountains, and the worst gusts of wind I have ever experienced. Being taken off your feet is obviously not quite the same as this, but it felt on a par, pushing into the wind, my watch telling me I had dipped to 8.20 pace. What?! I tried to reason that the high hedges were interfering with it but my monkey brain told me to push harder, my watch then registering 6.50 pace when I emerged again.

As I turned out of the wind, I was the one that was blowing. The road crested a little and I cursed all the massive hills on this route. They weren’t this big when I rode my bike round here! Mile 7 was 7.26 pace. Logically, I knew that if I could stay under 7.30, I would do further than Kelly’s 8.15 miles, but there is no logic in racing when you’re so close to the end. Here I passed another club runner, Simon getting into his car. He smiled at me and shouted, ‘You doing the hour?’ I believe I grunted back, ‘I’ve got about a mile left’. He looked very cheerful to have finished his as I ran by, feeling like I was running through the famous treacle.

The maths was getting harder to do now but I was fairly certain that I could cover half a mile in the minutes remaining. I dug in, trying to keep my head up but not wanting to look at the long, straight road ahead of me. Simon drove slowly past me, telling me to ‘go on’, chuckling evilly and driving away. 7.15 for mile 8 and I only had to do another couple of minutes. My lungs were imploding, my legs were dragging behind me but my brain was telling me I could do more.

I stopped my watch at 1.00.01 and had covered 8.23 miles. Walking felt nearly impossible and all I wanted to do was sit down. When I got  to a suitable kerb, I dropped, honestly thinking I might pass out. What a test! Kelly had given me an amazing race, and I genuinely felt like she was there, as she has been so often before, so close and pushing me to stay ahead. Ambling home, and then sharing what I had done with my club was a great feeling. There was no medal but I have that brilliant post race ache and sleepiness now. I did something I was proud of and, unlike a medal, that feeling won’t gather dust. 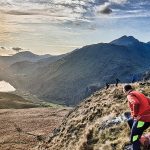 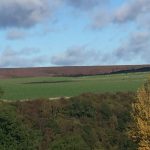 A Lyke Wake up call