We are very passionate about running. Whether it is a 5k park run or 100+ mile ultra, we love being involved in our own running and helping others achieve their goals. We both have varied backgrounds in health, fitness and activity and different goals in our own running, so we are able to provide a flexible approach and an empathetic outlook.

We both very much enjoy and are dedicated to learning and self improvement and through this, we continually meet and are inspired by some amazing people. We invest in professional support ourselves, with coaches, sports therapists and any courses or learning opportunities that we feel will help us become better at what we do and help others to enjoy life.

Leaving teaching after 6 years was a big decision, but it has meant I have more head space for training and doing what I love: running. Having teaching experience means that I am able to help people learn, improve their skills and reach their personal goals.

Never a sporty child or teenager, I took up this ‘exercise’ thing because of vanity. I started to enjoy running after my first Race for Life in my early 20s and was advised to join my local running club. They showed me new routes, and took me from road 10ks to fell races. ‘Born to Run’ gave me the inspiration to up my distance and I haven’t looked back since.

Best running moments: Being there when Jayson won his first fell race and then the series. Seeing my friend Lorraine complete her first 100 mile race and telling me never to do it, then a week later telling me I HAD to do it! Crossing the line at my first Yorkshire 3 Peaks race and bursting into tears. Doing the same thing at the OCC. Having a transcendent experience on the HM60 and just feeling that I was in the zone. There are too many!

I discovered my true passion for running in July 2012 when I had a magical full 36 hours of running adventures with friends.

Best running moments, Far too many to list, I am continuously inspired and moved by so many peoples amazing achievements, from Mo Farah`s new 2 mile record, Jon Steele`s ability to endure when no-one else can, then endure some more. To all the first time marathoners at Hardmoor`s event`s – Pushing out and destroying the limitations we put on ourselves.

Favourite mantra`s; “It is never over until the finish line – keep pushing”

Favourite running routes; anywhere on the Yorkshire moors – this is home, freedom, beauty, life and peace.

Best races; CCC – I went through such a low point so early, then proceeded to feel stronger and stronger, hitting each descent flat out and laughing my way down, amazing atmosphere, emotional times. Also some of the Fell races, I love out and out racing and tactics – In 2013 the series was so close that I had to win the final race in order to tie the series with my nemesis Paul Butler, only catching and passing him in the last mile or so, I left nothing in the tank that day

Hardest Race; Hardmoors 60 – 2 weeks before I was in hospital with a virus, then bonked after 30 miles due to a culmination of errors including nutrition, I managed to hang on for 30 miles and finish 2nd to Jim Mann. I learned so much that day.

Now lives in Yorkshire with amazing wife and running partner Kim Cavill, surrounded by very supportive family and friends, all the motivation I ever needed.

“I view it as a huge honour to work alongside Montane as such an innovative and well respected company. I am really excited about taking my goals for running and adventure forwards with the support of such great clothing and equipment. The minimalist, lightweight and functional design philosophy aimed towards use in extreme environments mirrors my kit requirements.” 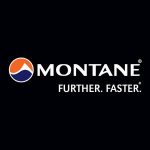 “Since reading Born to Run and hearing all about the amazing benefits of Chia seeds, me and my wife have used them regularly in our diet, having a ready made flapjack with these in is an absolute bonus!” 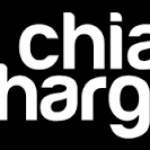 And yes this is a high performance shoe, no question, just like a Formula 1 car you don`t really get to grips with what they are really capable of until you push it hard, then they just keep giving.